TThe New Jersey Turnpike Authority is dedicated to the safe and efficient movement of people and goods over two of the busiest toll roads in the United States – the New Jersey Turnpike and the Garden State Parkway. The Authority’s highways are a critical link in the transportation network of the Northeast Corridor. Every day, the Turnpike and the Parkway provide the safest, quickest, and most convenient routes for hundreds of thousands of commuters, truckers, and recreational travelers.

The Turnpike was the first modern-day toll road in New Jersey and the third in the nation when it opened in 1951. There are 366 toll lanes at the 28 interchanges. They include 142 entry lanes and 222 exit lanes. E-ZPass is accepted in all lanes. There are express E-ZPass lanes at interchanges 1, 6 and 18W.

The Parkway, which opened to traffic in 1954, passes through 50 municipalities in 10 counties between the Cape May-Lewes Ferry in Cape May and the New York State line at Montvale. The Parkway maintains a total of 365 exits and entrances. Tolls are collected at 49 locations, including 11 plazas on the main roadway and 38 on entrance or exit ramps. 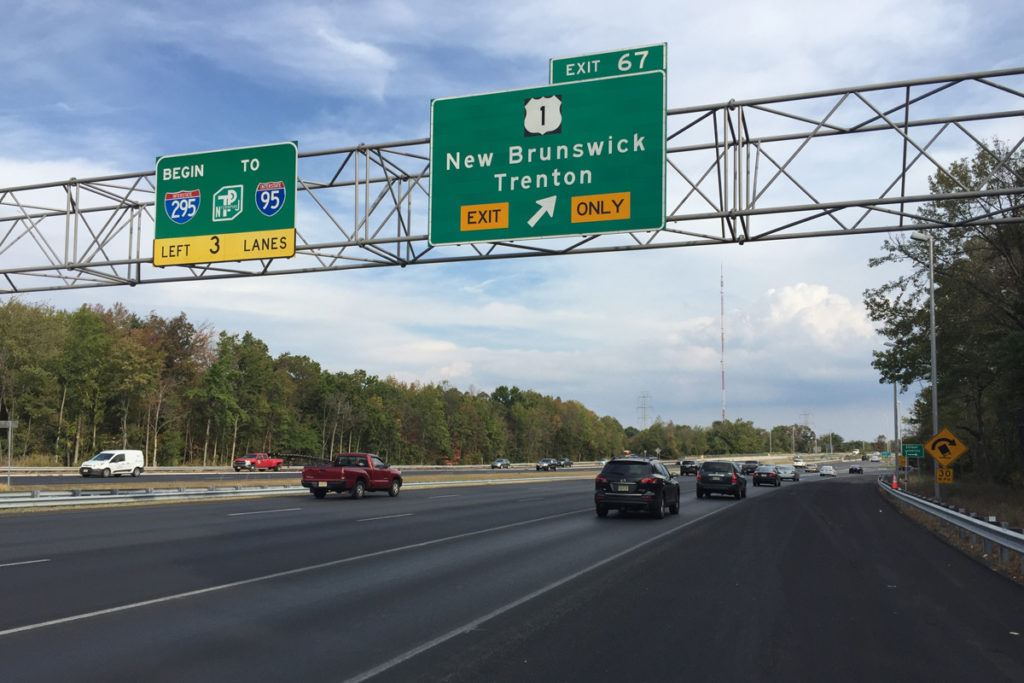