The Golden Ears Bridge is a six-lane extradosed bridge[2] in Metro Vancouver, British Columbia. It spans the Fraser River, connecting Langley on the south side with Pitt Meadows and Maple Ridge on the north side. The bridge opened to traffic on June 16, 2009. The bridge replaced a previous ferry service several kilometers upstream and will be run by a private consortium, the Golden Crossing General Partnership, until June 2041. 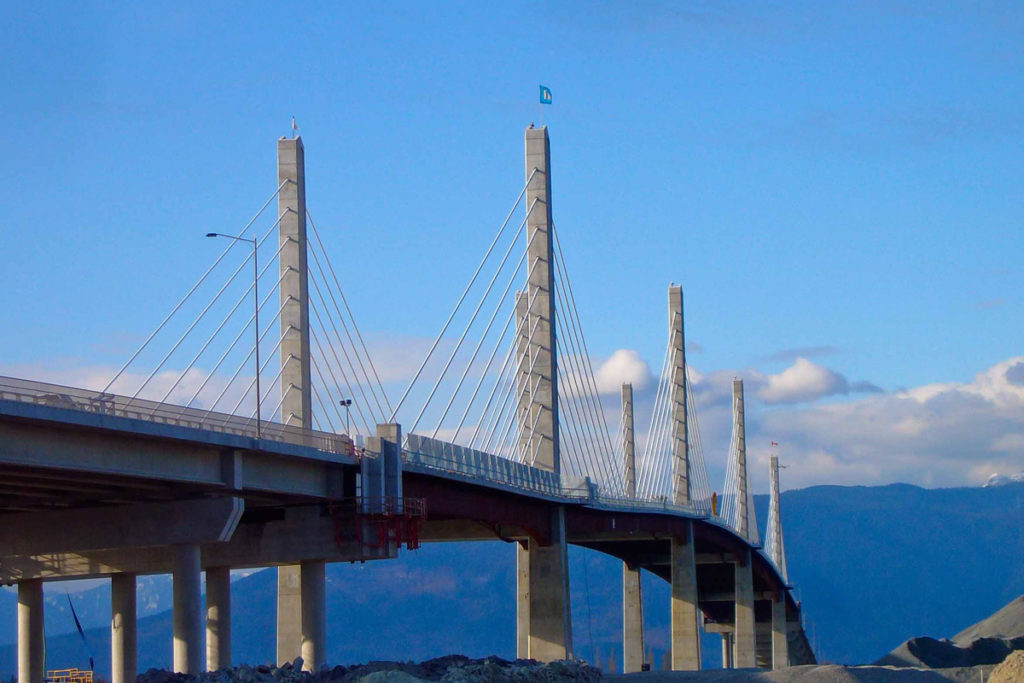