The Dartford-Thurrock River Crossing, commonly known as the Dartford Crossing and until 1991 the Dartford Tunnel, is a major road crossing of the River Thames in England, carrying the A282 road between Dartford in Kent to the south with Thurrock in Essex to the north. It consists of two bored tunnels and the cable-stayed Queen Elizabeth II Bridge. The only fixed road crossing of the Thames east of Greater London, it is the busiest estuarial crossing in the United Kingdom, with an average daily use of over 130,000 vehicles.

A free-flow electronic charging system called Dart Charge began in November 2014 based on automatic number plate recognition. The charge can be paid online or phone in advance or by midnight the day after crossing, but can no longer be paid in cash at the site since the old toll booths have been removed. 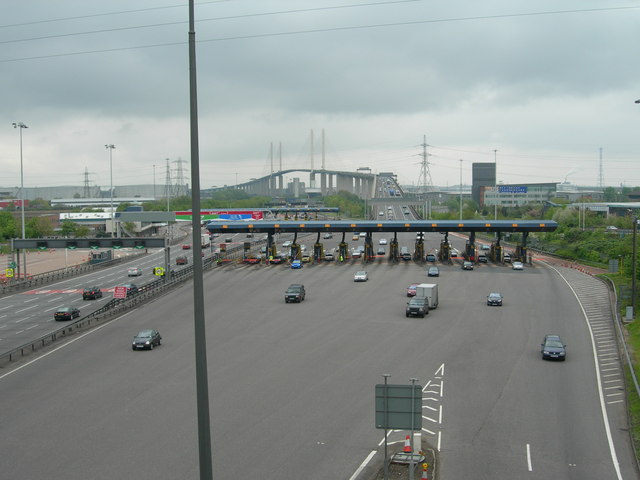